The Berkshire Badgers fought off a third quarter surge by Independence to beat the Blue Devils Sept. 16 at Hiram College, 35-21.

The Berkshire Badgers fought off a third quarter surge by Independence to beat the Blue Devils Sept. 16 at Hiram College, 35-21.

Berkshire was in control most of the first half thanks to the offensive performances of junior quarterback Miles Miller and senior running back Josh Brown.

Miller had three total touchdowns, two passing and one rushing as he helped Berkshire move the ball against the Blue Devils defense.

“We planned on coming into this game and running the ball a lot on the outside,” Miller said. “Turned out we could throw the ball pretty well on them, so we ended up throwing a lot. Their linebackers were vacating, so we liked to throw over the middle.”

“(Miller) made plays in the offense,” DeWeese said. “But so did Josh Brown, so did Jack Hastings, Mason Mendolera had a great game on the outside, and we had some good blocking. Miles ran the offense well.”

Another offensive weapon who thrived for Berkshire was Josh Brown. Brown has emerged as a leader for the Badgers in his senior season, proving vital to the offense as a runner and as a receiver.

In the second quarter, the Badgers ran a sweep play for Brown, who was able to carry the ball three yards for a touchdown, increasing his team’s lead to 21-7. In the fourth quarter, Brown extended his team’s lead again with a touchdown reception, making it 35-14.

Brown and the Badgers knew the formula for scoring points against the Blue Devils.

“We found the end zone on the outside edge,” Brown said. “They dropped their safeties up, and we could throw over top. We had Justin Phillips running well through the middle, and as soon as that happened, we could pass it over top.”

With the play of Miller and Brown, the Badgers started the second half with a 21-7 lead. But the Blue Devils were not ready to give up.

The Blue Devil defense quickly stopped the Badgers on their ensuing drive, then blocked their punt attempt to recover the ball at Berkshire’s 36 yard line.

Still, despite multiple big plays to start the half, the Badgers found a way to hold on and not allow Independence to shift the momentum of the game.

“That really gave us a scare,” Brown said. “Trying to come back from that was scary, and no team wants to be in that position. … When you get a scare like that, you’ve got to push through.”

One of the ways the Badgers took momentum back from the Blue Devils was by forcing turnovers on defense. Berkshire’s defense had two interceptions in the second half, both by linebacker Elijah Southern.

Southern’s first interception was nothing short of miraculous. Corrigan threw a pass that was batted in the air multiple times by players from both teams before ultimately falling into Southern’s hands.

“Elijah’s been a beast at the linebacker spot,” DeWeese said. “He’s been playing a lot of great football, and he gets better each week. He added interceptions to his tally, and he’s been playing really solid offensively. He’s a load to bring down.”

Win their win over Independence, the Badgers improved to a 3-2 overall record, 1-0 in conference play. 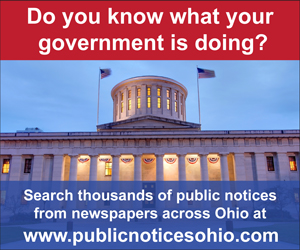