"If the proposed amendment were in effect two years ago, I could be in prison now, having been found guilty of a third-degree felony and facing jail time of up to five years.” – Chester Township Trustee Ken Radtke

More than a dozen citizens from Geauga County and Northeast Ohio rallied in opposition to proposed legislation that would expand probate court judges’ jurisdiction over park districts.

The proposal, which state Rep. Bill Seitz, R-Cincinnati, introduced to the Ohio House Finance Committee on about April 7 — the last day proposed amendments to the state budget bill could be submitted — would authorize a probate court to issue an order preventing interference with a probate court’s order creating a park district.

It also would allow a court to impose duties or restrictions on those who interfere with a park district’s purpose.

But critics of the proposal complain it has nothing to do with the state budget and everything to do with Seitz coming to the aid of one man, Geauga County Probate Court Judge Tim Grendell.

Seitz, an antitrust lawyer, served in the Ohio Statehouse with both Grendell and his wife, 11th District Court of Appeal Judge Diane Grendell. He told the Geauga County Maple Leaf last week he did not first discuss or introduce his proposal in any house committee or subcommittee prior to its submission. Instead, he discussed it with Grendell and his office.

“This projected law appears to be significant only to one Ohio county and should not be imposed on the other 87 who are able to function with the limited amount of judicial power as granted in the Ohio Revised Code that has served parks well for many years,” Munson Township resident Barb Partington testified before members of the house finance committee April 26, the first of two days of open testimony on the state budget bill.

“There are already mechanisms in place in law to deal with violations in managements of parks,” Partington said. “There is no need for further legislation in this area. If there was such a need it should go through a transparent legislative process, not a back door, last minute insertion such as in this case.”

Cuyahoga County resident Dr. Nelson Mostow, of Moreland Hills, submitted written testimony only and said he loves Northeast Ohio’s park systems and believes he “should be allowed to attend and contribute public comment at those meetings without fear of retribution.”

“The amendment is the antithesis of a democracy. It hinders free speech. It would not be possible to make a public comment at a park board meeting that was at odds with the judge without risk of a fine. This makes no sense whatsoever,” wrote Mostow.

He added, “It is also my opinion that this amendment has been proposed to further the personal agenda of a single judge and is at odds with the correct way to legislate.”

“I believe that the amendment before you is, first and foremost, Judge Grendell’s attempt to codify powers that he would like to have, powers that his spokespeople claim the law already gives him, but which have been called into question by a highly esteemed member of the judiciary,” the Russell Township resident said, referring to the opinion of an Ohio Supreme Court-appointed visiting judge — retired Medina County Probate Court Judge John Lohn — who earlier this year issued a strong rebuke of Grendell’s claimed powers over park districts.

“Surely, this unusual situation, unique to one judge in one county, cannot be the basis for expanding the powers of all probate judges in all counties, at least not without fuller consideration by the legislature as its own bill, subject to hearings before the proper committees,” Chernin said.

“I come not to praise Geauga County Probate Judge Timothy ‘Caesar’ Grendell, but to bury him,” he said in his written testimony.

“Let’s face it. That’s why so many people had to waste so much of their time on this ridiculous amendment to Ohio’s budget bill,” Adams added. “One man. One man with his ongoing vendettas and demands for total control.”

Adams also quoted Mahoning County Probate Court Robert Rusu, who said, “To do a knee-jerk reaction to something that’s happening in one or two counties that’s going to affect the whole state, I’m not in favor of.”

Geauga County Prosecutor Jim Flaiz testified in person before the committee April 27. He urged members to remove Seitz’s proposal from the budget bill.

“This proposed statutory change has far reaching ramifications. There is no urgency here and while I believe the proposed amendment is wrong for our legal system and for our citizens, at the very least these issues should be considered in stand-alone legislation,” Flaiz said.

He explained the proposal would make sweeping changes to Ohio law relating to park districts and grant probate judges “broad and unprecedented powers over Ohio citizens.”

“A hallmark of our legal system is that cases and controversies are heard by a neutral and impartial judicial officer,” Flaiz argued. “The proposed amendment turns that idea on its head.”

He added, “The amendment creates a new statutory scheme within R.C. 1545.06 that is a stunning assault on an individual’s constitutional rights.”

Flaiz said the potential implications of the statutory changes in Seitz’s proposal required careful scrutiny and vetting from Ohio probate judges and the Ohio Supreme Court due to the potential of these broad new powers conflicting with the Ohio Code of Judicial Conduct.

Finally, Flaiz said contrary to Seitz’s assertion his proposal merely codifies a 2016 Ohio Supreme Court decision, the underlying issues regarding limits and exceptions to a probate court’s jurisdiction over park districts are still being actively litigated in the courts.

“This begs the question, why would the legislature seek to codify a decision of the Ohio Supreme Court in a case that is still being litigated?” asked Flaiz. 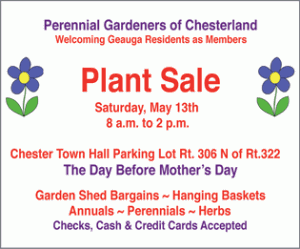 On April 27, Paul Pfeiffer, executive director of the Ohio Judicial Conference and a former Ohio Supreme Court justice, wrote House Finance Committee Chairman Ryan Smith, R-Bidwell, and said the judges of OJC’s Probate Law and Procedure Committee had not reviewed Seitz’s proposal and were unable to offer an opinion on the changes.

Chester Township Trustee Ken Radtke gave the committee some background on the Ohio Supreme Court case, noting he was a party to the matter.

“For more than 30 years, Chester Township has had an agreement with the Chester (Township) Park Board to manage township-owned lands known as Parkside,” Radtke said. “Last year, I voted against executing a new agreement because it contained terms and conditions which could have placed me in contempt of court.”

Radtke said he also was compelled to terminate a more than 20-year-old management agreement because of Grendell’s ongoing interference in the separate political subdivisions’ relationship.

“In response to my lawful actions on these agreements, the probate judge has accused me of intimidation, fraud and violating his constitutional rights,” Radtke explained. “By refusing to submit to the probate court’s directives, and with nothing properly before the court, civil and criminal investigations were initiated against me personally by the probate judge.”

He added, “If the proposed amendment were in effect two years ago, I could be in prison now, having been found guilty of a third-degree felony and facing jail time of up to five years.”

In addition, Radtke said the job of prosecutor is not the proper role of the probate court.

“If this language becomes law, the probate court will be the investigator, prosecutor, judge, jury and executioner all in one, violating several constitutional protections,” he said.

“Ask yourself, if 87 of 88 counties have no issue with the current law, why is this change being proposed?” he asked. “If HC 1793 is good law, it should be able to stand on its own and survive public scrutiny and in accordance with the normal procedures of the lawmaking process. Burying it in the Ohio Budget Bill provides political cover and is a disservice to the citizens you serve.”

Nancy McArthur, mayor of the City of Chardon and chairman of the Geauga County Republican Party, told the committee members Seitz’s proposal was of great concern to her and many Geauga residents.

McArthur said she has read the Ohio Supreme Court the proposal seeks to codify and has spoken with Seitz about.

“He claims that this proposed amendment only codifies that decision. However, it is clear to me and many others, including our county prosecutor, that it will do much more than that,” she testified. “This amendment is not only unconstitutional, it is a poor way to introduce legislation and has nothing to do with the state budget. It is strictly a policy issue.”

In addition, McArthur said the proposal circumvents the standard process, where bills are properly introduced and thoroughly considered by the state legislature before becoming Ohio law.

She also noted the Ohio Judicial Conference has not vetted the language of the proposed amendment nor have probate court judges or the County Commissioners Association of Ohio.

“A singular judge should not be the person who pushes legislation for his individual county when he does not have the support of the county and officeholders. And in this case, I’m speaking of Judge Tim Grendell,” McArthur said.

McArthur shared she and Grendell have a history and were involved in a lawsuit where Grendell sought to hold her in contempt for expressing negative opinions about him with a third party involved in a juvenile court case in his court. The appellate court intervened to stop the contempt proceedings, however, and Grendell eventually dropped the matter.

“So, my concern here, as I speak on behalf of many people in my county, and this is not a partisan issue, we’re concerned about how this proposed amendment will affect us in the county,” she said.

The finance committee is expected to vote on proposed amendments to the state budget bill Monday.

It also states nothing in the bill’s provisions that expand a probate court’s jurisdiction authorizes the court to take any action that infringes upon any right of an individual or organization that are protected by the U.S. Constitution or Ohio Constitution.

Finally, it limits a probate court’s actions to injunctive relief or a declaratory judgment if the court enforces its order that created the district or issues an order compelling compliance with the laws government the park district.

Also submitted Friday was a counter proposal to remove Seitz’s proposed and revised language from the state budget bill.

Seitz’s office told the Maple Leaf on Friday the representative intends to introduce his proposal as a stand-alone bill if it is not included in the final budget approved by the Ohio House.